Cookies help iprohydrate.com improve customer experience. By using our site, you agree to our use of cookies.

With just 3 days to go until the 101st Match between the Army and Navy Rugby Unions at a sold-out Twickenham Stadium, the home of England Rugby, the Royal Navy Rugby Union have joined forces with hydration experts, iPro Sport.

The annual showdown marks the culmination of the Inter-Services Championship, a battle between the Army and Navy for the prestigious Babcock Trophy and as Official Hydration Partners, iPro Sport will be on hand to keep the teams rehydrated! iPro Sport will continue to work closely with the Royal Navy Rugby Union to ensure that their players are receiving the very best in hydration to aid optimum performance during competitions, in their all important training sessions and off the field in their day to day roles within the military. 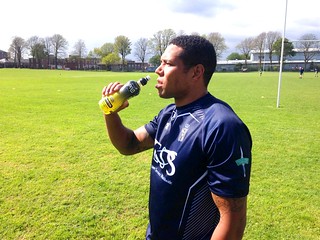 “We are thrilled to be working in close partnership with the Royal Navy Rugby Union. Our shared values of integrity, commitment, respect and loyalty will underpin our declaration of long-term support to the players and staffing team. We wish the team the very best of luck in their match against the Army on Saturday!”

“Everyone involved in Navy Rugby is working hard to achieve the best outcome for the team. The partnership we have forged with iPro Sport will ensure the representative teams of the Royal Navy Rugby Union have the best possible hydration product on the market to optimise their preparations.”